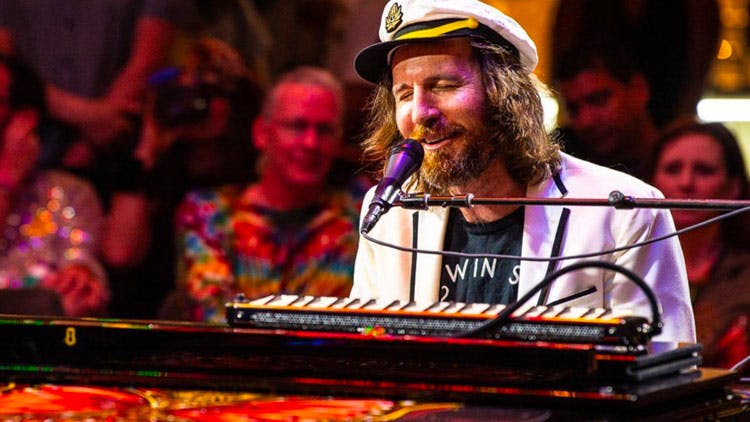 Zach Gill is a multi-instrumentalist, singer/songwriter most know for his work with ALO and Jack Johnson. He’s performed for presidents, alongside rock stars, on television, and in historic venues throughout the world.

Zach values family, friendship and creativity. He enjoys rollerblading, working with clay, and studying comparative mythology. Some might consider him an interpretive dancer/amateur prop comic. He’s a Taurus.

He holds a Bachelor of Arts in History from the University of CA at Santa Barbara. In the early 2000’s, he worked as a musical theater and modern dance accompanist. Once in the summer of 1996, while living in Augusta, GA, he received a blessing from The Godfather of Soul.

Zach grew up in Saratoga, CA, born May 18th, 1975 to Chuck and Karen Gill, and currently lives with his wife, two daughters and a couple of dogs in Santa Barbara, CA.