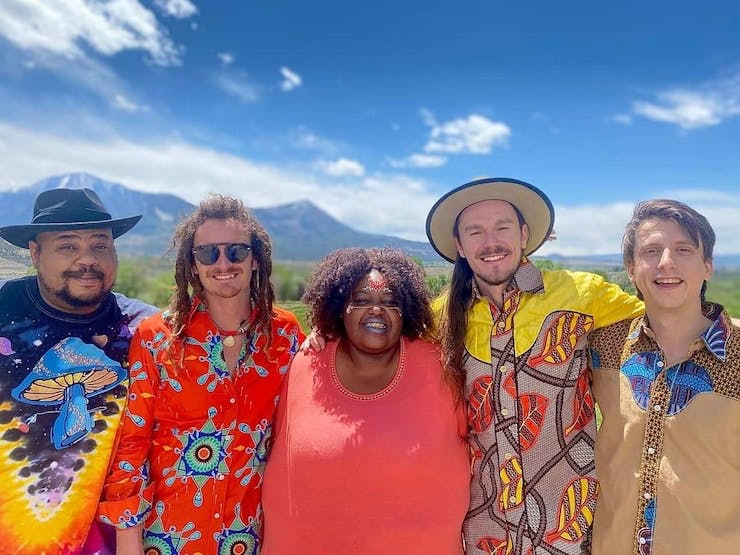 The Copper Children is a folk band from Denver blending original soul and psychedelic rock into a moving performance. Like a roller coaster, their “Psychedelic Gospel” experience leaves audiences feeling transported to the rail-yards of freedom. Over the years the band has performed for audiences at Summer Camp, Northwest String Summit, Arise Music Festival, and elsewhere around the U.S. on national tours. The Copper Children is driven by rhythm and good vibration; each member came together with the intention of spreading love of the purest form as far as possible. Formed in July of 2015, they released their first album What We Are in June 2016. It is centered around the bonding of the members and their sharing in the blessing that was the life of Caleb Jarosh, our one time percussionist Elijah’s brother, to whom the album is dedicated with love. It is the foundation of the band’s journey into their own sound. Their third album Speaking in Spirits is a nine-track album written by The Copper Children and was released on April 19, 2019. The songs vary in style, genre and mood, ranging from heart-wrenching introspective to uptempo, four-on-the-floor jams. Due in 2021, Their forth album will surely turn heads, warm hearts, and move bodies on the dance floor.