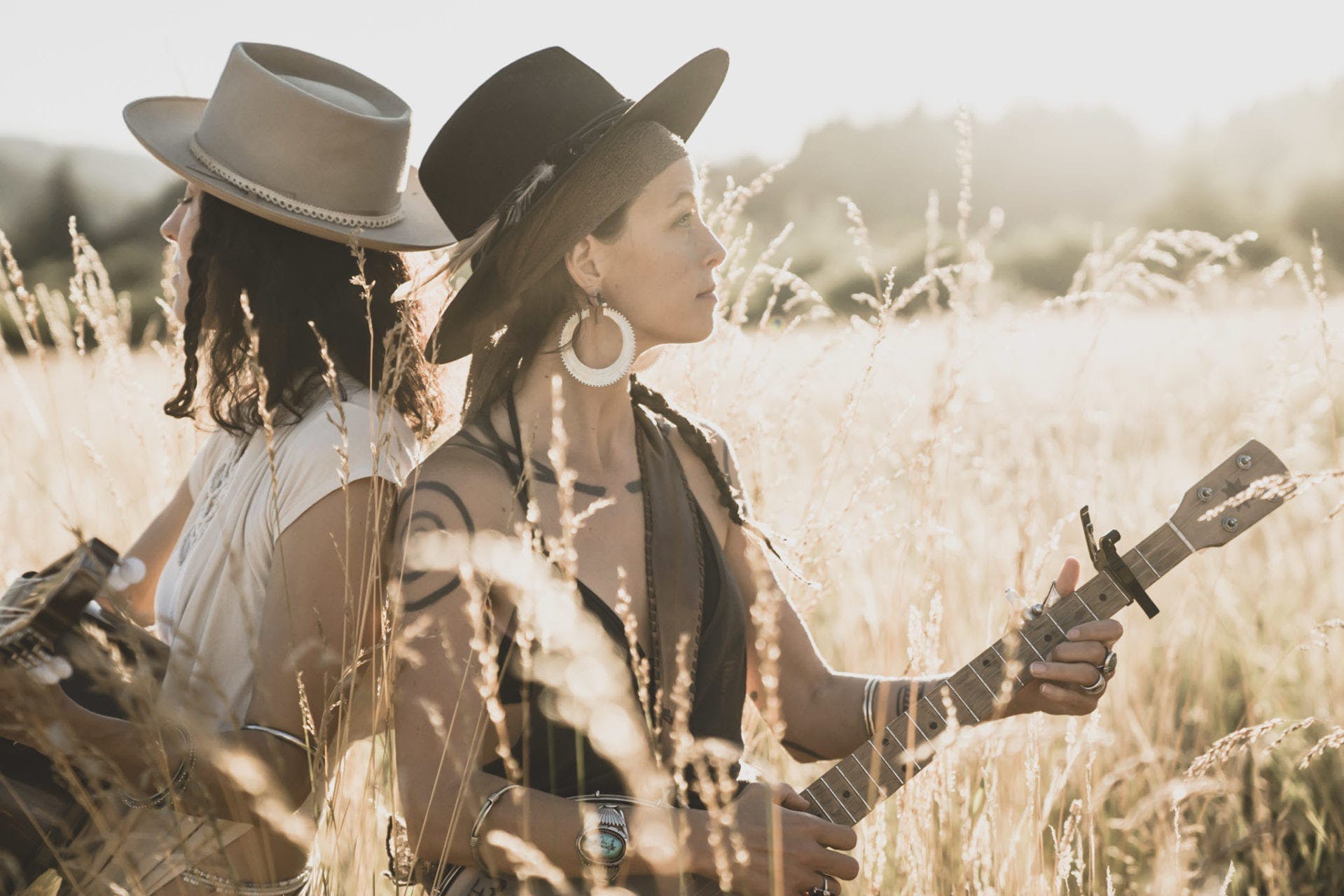 Leah Song and Chloe Smith, founding sisters of Rising Appalachia, have long witnessed themselves — both by choice and coincidence — carrying harmony into settings of upheaval and discord. Soon after their eponymous release in 2006, the siblings moved to New orleans to assist in rebuilding efforts following Katrina. There they gained not only a deeper sense of connection to the roots of American music, but also an abiding sense of purpose as musicians. The band — which has now grown to include musicians David Brown on upright bass and baritone guitar, Biko Casini on world percussion, Arouna Diarra on ngoni and balafone, and Duncan Wickel on fiddle and cello — has settled into its stride and purpose through creating original music with a mission rooted in the traditions of folk songs, storytelling, and grassroots activism. The band manages to meld traditions and genres the same way Leah and Chloe blend their voices; it's casual, beguiling, and effortlessly singular. The band routinely provides a platform for the causes local to the cities they play, and frequently incite their fans to gather with them in converting vacant or under used lots into verdant urban orchards and gardens. Both onstage and off, Rising Appalachia exudes a sense of rootedness, playful exploration, and inspired action. Their sound and message, such as revealed in the single "Resilient", suggest that voices and traditions, brought together through song, may be one of the saving graces to a world in distress. In a time when the fabric of community and culture often appear to be unraveling, their interweaving of music and mission, old traditions with new interpretations, creates an atmosphere of contagious hope and bliss.