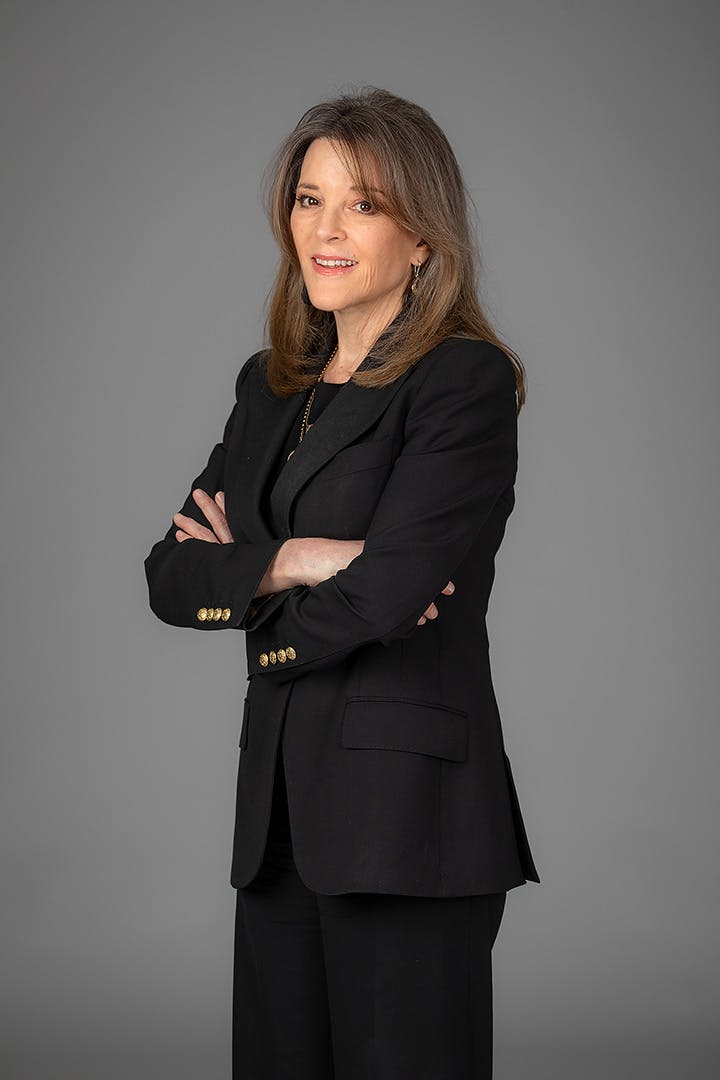 Marianne Williamson is a bestselling author, political activist, and spiritual thought leader. For over three decades Marianne has been a leader in spiritual and religiously progressive circles. She is the author of 14 books, four of which have been #1 New York Times best sellers. A quote from the mega best seller A Return to Love , “Our deepest fear is not that we are inadequate. Our deepest fear is that we are powerful beyond measure…” is considered an anthem for a contemporary generation of seekers. Williamson founded Project Angel Food, a nonprofit that has delivered more than 12 million meals to ill and dying homebound patients since 1989. The group was created to help people suffering from the ravages of HIV/AIDS. They have since expanded their service to any person battling critical illness. She has also worked throughout her career on poverty, anti-hunger and racial reconciliation issues. She has advocated for reparations for slavery since the 1990s and was the first candidate in the 2020 presidential primary season to make it a pillar of her campaign. In 2004, she co-founded The Peace Alliance and supports the creation of a U.S. Department of Peace. In addition, she advocates for a cabinet level Department of Children and Youth to adequately address the chronic trauma of millions of American children.