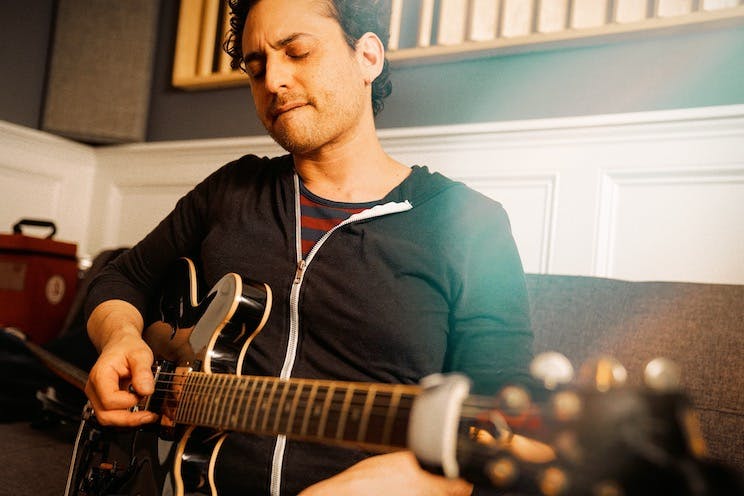 Keaton Simons is a singer/songwriter/actor/producer/multi-instrumentalist. He has released numerous albums, EPs and singles and is best known for his hundreds of film and television placements (including his song "When I Go" from the hit TV show Suits).
In addition to his prolific solo career, Keaton has played with artists ranging from Snoop Dogg to Chris Cornell, he is currently lead guitarist for country music superstar Brett Young. Along with writing/production partner Noah Needleman and filmmaker Dennis Dugan, Keaton recently completed both the soundtrack and score for the motion picture Love, Weddings & Other Disasters starring Diane Keaton and Jeremy Irons.