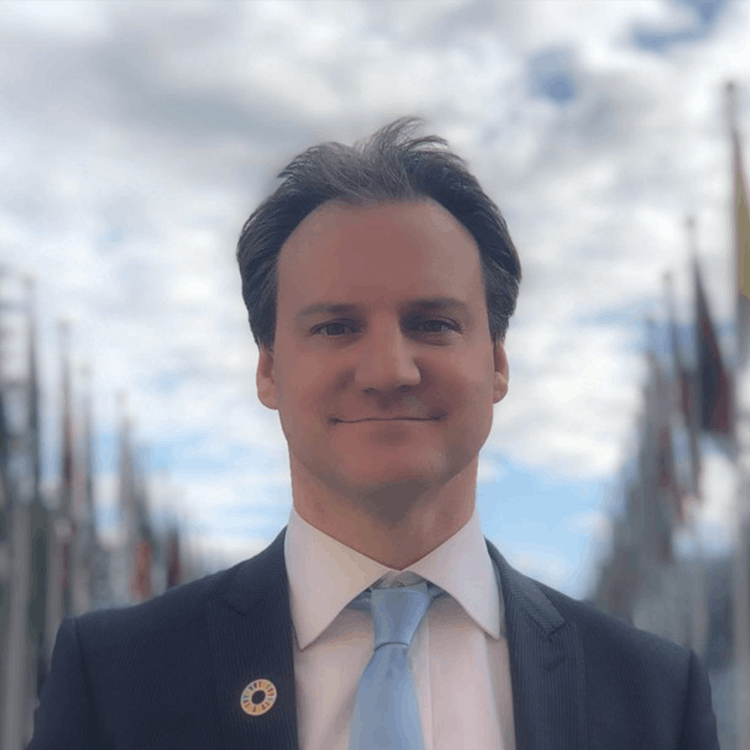 An Industrial Designer by background, Joel Mills is a consummate champion for the power of the visual, and how simulation and complex data visualization that is elegant and human centered can transform how people see and engage in innovation, the world around us, and life itself. After running several successful businesses, he accepted the role CEO of Norway’s crown jewel, Offshore Simulator Centre (OSC). Shortly thereafter, towards driving the exponential growth of OSC simulation capabilities, Joel launched “AugmentCity” as a daughter company translating offshore simulation and visualizing technology into smart and sustainable cities. This has opened a new chapter together with United Cities and a range of private and public partners to catapult progress towards cities evolving as the engines to realize UN Sustainable Development Goals deploying digital simulation to bring our future – back into now.

Joel also holds the role as Co-Chairman on the United Nations ITU focus group for Environmental Efficiency for Artificial Intelligence and other Emerging Technologies (FG-AI4EE). As well as being a guest lecturer at Harvard University and Norwegian University of Science and technology (NTNU) and exam Moderator for NTNU, Joel is also board member of a number of other companies.

Born and educated in the UK, Joel calls home Ålesund, Norway. He first knew he was in the right place when the authorities informed him that the number for the prior empty plot of land on the fjord where he designed his home – was 42.