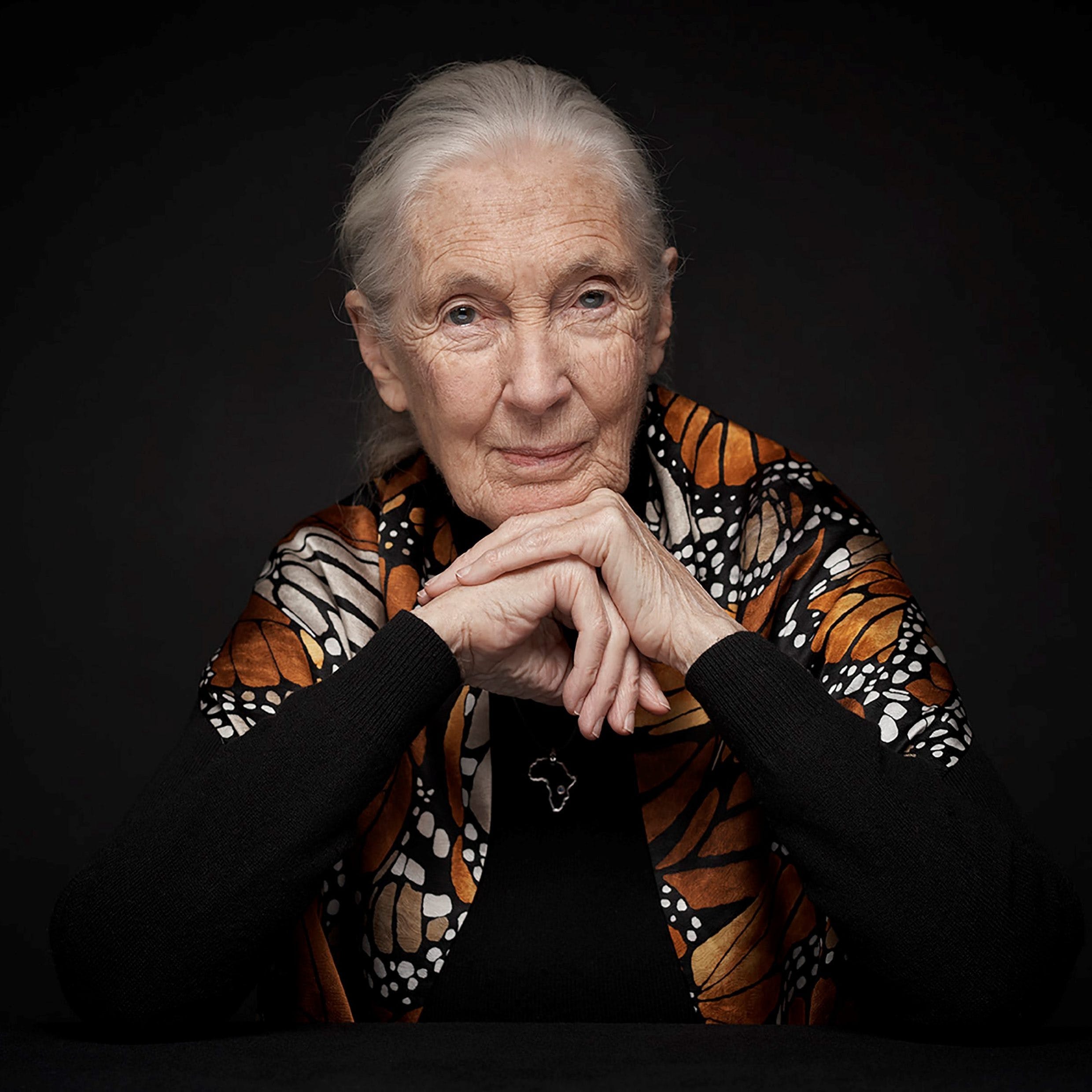 Jane Goodall was born on April 3, 1934, in London England. At the young age of 26, she followed her passion for animals and Africa to Gombe, Tanzania, where she began her landmark study of chimpanzees in the wild­ immersing herself in their habitat as a neighbor rather than a distant observer. Her discovery in 1960 that chimpanzees make and use tools rocked the scientific world and redefined the relationship between humans and animals. In 1977, she established the Jane Goodall Institute (JGI) to advance her work around the world and for generations to come. JGI continues the field research at Gombe and builds on Dr. Goodall’s innovative approach to conservation, which recognizes the central role that people play in the well­being of animals and the environment. In 1991, she founded Roots & Shoots, a global program that empowers young people in nearly 60 countries and since it’s inception in 1991 has greatly impacted youth in over 100 countries to act as the informed conservation leaders that the world so urgently needs. Today, Dr. Goodall travels the world, speaking about the threats facing chimpanzees, environmental crises and her reasons for hope. In her books and speeches, she emphasizes the interconnectedness of all living things and the collective power of individual action. Dr. Goodall is a UN Messenger of Peace and Dame Commander of the British Empire.