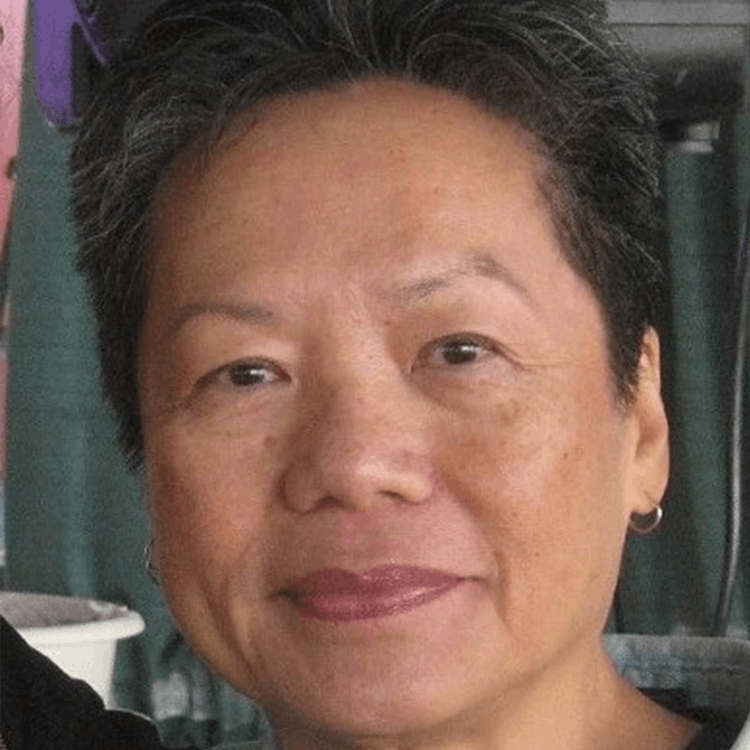 An internationally-known artist, author, and speaker, Irene Kai was born and raised in Hong Kong. At age 15, she came to New York City Chinatown with her American born mother. She received her BFA from the School of Visual Arts in NYC and MFA from the Royal College of Art in London. Her work has been shown in galleries in London, New York, Los Angeles, and southern Oregon. She currently teaches Design and Painting at the Rogue Community College in Southern Oregon.

Irene is also a longtime supporter of peace initiatives. She designed the logo for the Culture of Peace Initiative (CPI), a United Nations Peace Messenger Organization, and her inspiring Peace Dove image hangs in the United Nations building in New York City. The logo and CPI website are used around the world and highlighted annually on the International Day of Peace in September. Irene co-founded the leading-edge Ashland Culture of Peace Commission and is actively engaged in the commission’s local-global activities. She also led the initiative to bring the World Peace Flame to Southern Oregon in September 2018.