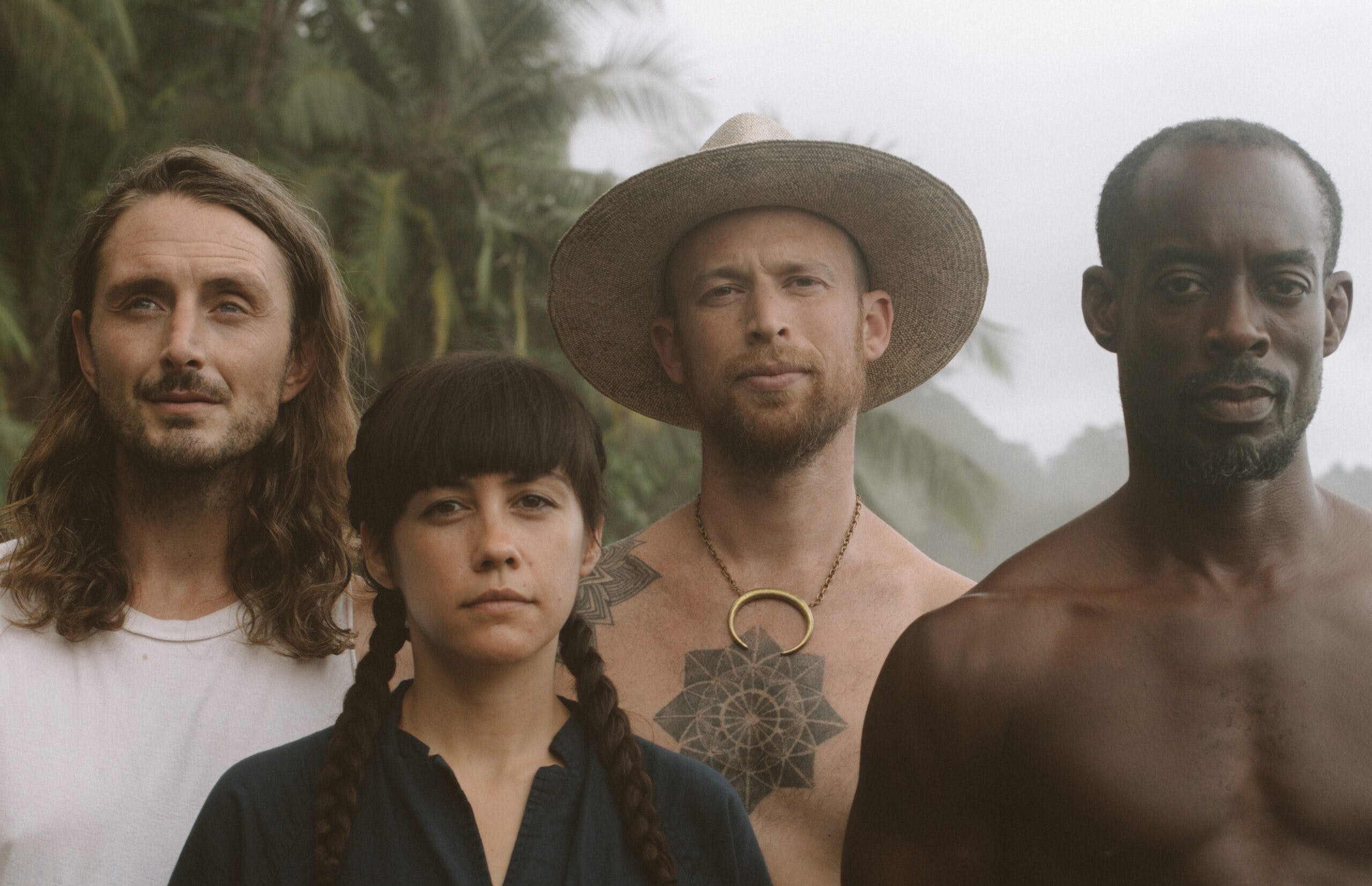 Gone Gone Beyond is the synergy of David Block, Danny Musengo, Kat Factor, and Mel Semé, delivering a potent message of hope and the desire to return to humanity. The band seems to capture the story of beautiful uncertainty in an ever changing world. Their music pays homage to the traditions of folk-americana songwriting while bringing together a myriad of influences from electronica, jazz, soul and world music. Gone Gone Beyond is painting a new kind of sonic landscape, and it sits between the roots of the California redwoods and the vastness of the Pleiades constellation.

Their music has been described as "mesmerizing future folk" (Consequence of Sound) that blends organic and electronic music. Since their debut EP in late 2016, they have played a range of events and festivals including Coachella, Lightning in a Bottle, the UN General Assembly, Red Rocks, and many others.