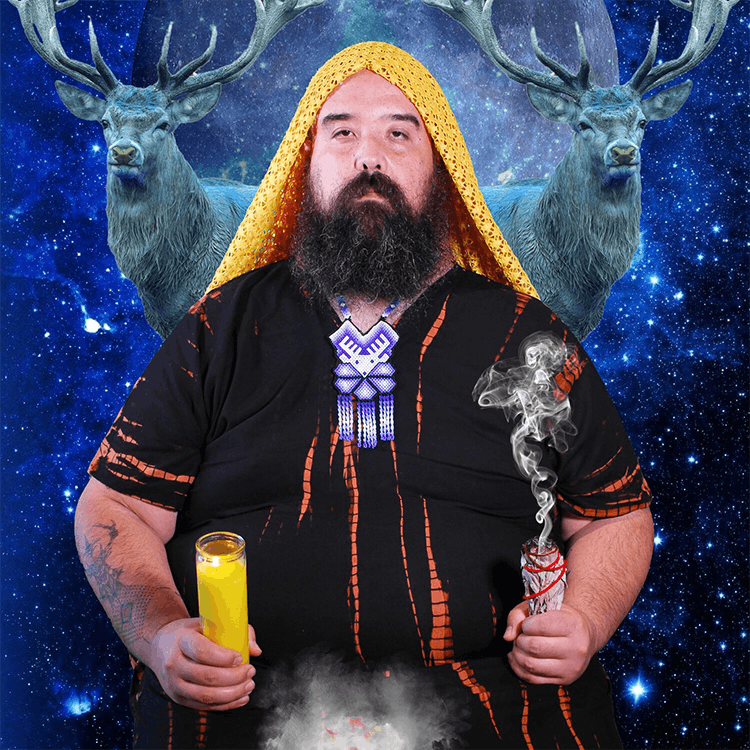 Edgar Fabián Frías is a nonbinary, queer, indigenous (Wixárika), Latinx, and Brown, multidisciplinary artist, curator, educator, and psychotherapist. Born in East Los Angeles in 1983, Frías received dual BA degrees in Psychology and Studio Art from the University of California, Riverside. In 2013, they received an MA in Clinical Mental Health Counseling at Portland State University in Portland, Oregon, with an emphasis on Interpersonal Neurobiology and Somatic Psychotherapy. Frías is also a 2022 candidate for an MFA in Art Practice at the University of California, Berkeley. Their work has been exhibited internationally, including the Vincent Price Art Museum, Oregon Contemporary, MOCA Jacksonville, Performance is Alive, Project Space Festival Juárez, and ArtBo, among others. Their work has appeared in Cosmopolitan, Bustle, Mashable, Slate, CVLT Nation, Terremoto, Hyperallergic, and other publications.