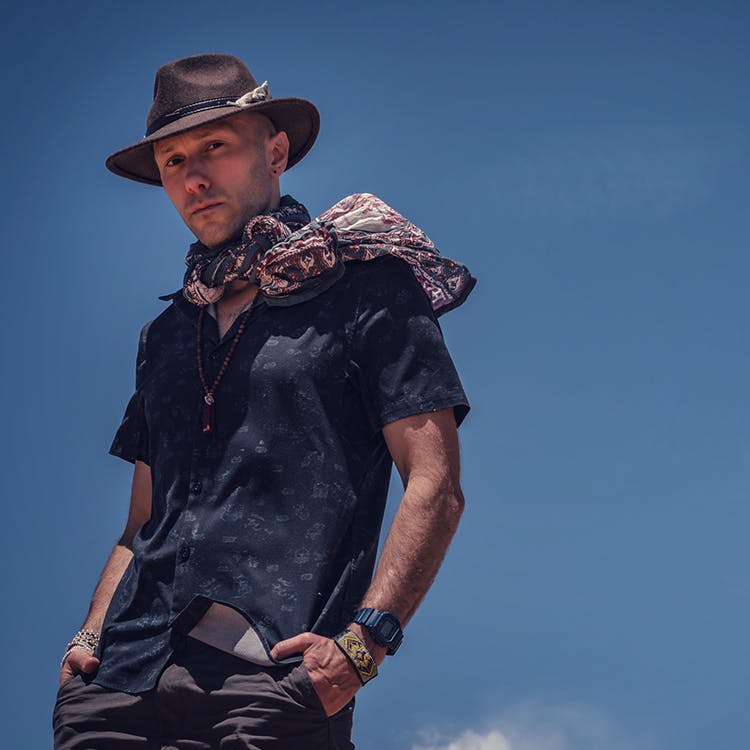 Since 2008, East Forest has been the leader of underground "sound meditation" ceremonies around the world. While his “blissful” (NPR) and “beautiful wash” (Paste) of "electro-acoustic orchestral ambient pop" can be contextualized along with Aphex Twin, Philip Glass, and Sigur Ros, the fundamental mission of his project is to create sonic architecture for others to explore their inner space. Thus, it is a process of creating thresholds for the listener to cross over — whether through his music, ceremonies, retreats, podcast, meditations, talks, or myriad other offerings. His albums and collaborations have charted #1 on iTunes three times (August & May 2019, Aug 2016) and have been among Billboard's top ten. As a teacher, East Forest has blazed a path in the international wellness movement by embracing the intersection between technology, nature, music, and the human experience with a brain-body approach aimed towards "secular spirituality" — a methodology grounded as much in modern science as in ancient ritual. His creations span over twenty albums including collaborations with Ram Dass, retreats at the Esalen Institute, Google and John Hopkins neuroaesthetics project, Consciousness Hacking, TED, as well as working with artists like Typhoon, Dead Prez, Trevor Hall, Krishna Das, Hammock, Laraaji, Nick Mulvey, Peter Broderick and others.

His music has appeared on 1631 Recordings, Aquilo Records, as well as Tender Loving Empire & Universal/Decca.