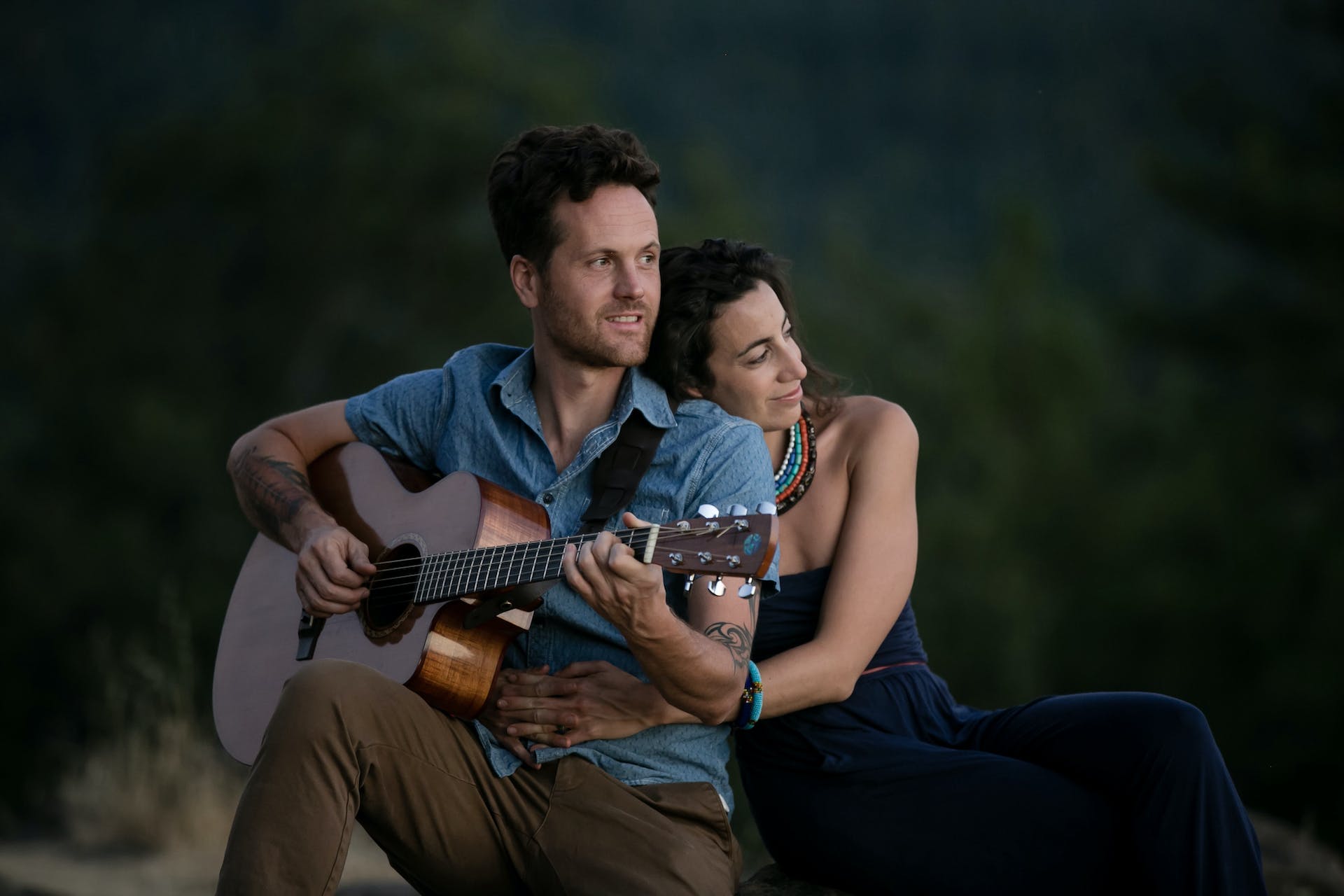 "This love story has a soundtrack." Lindsay Bellows and Ananda Vaughan have found the perfect complements in each other: Lindsay is a soulful songbird, who soars and dives over the lush textures of Ananda's musical landscapes. Equal parts groove and melody, their songs keep audiences delightfully engaged — tapping feet, singing along, and basking in the love for life that radiates from this couple.

Ananda and Lindsay are storytellers, sprit callers, and song-healers on a mission to open a field of magic-through-music in which anything is possible. Sometimes bluesy and rocking, sometimes soft and ethereal, the sounds never fail to provide us with powerful medicine for the moment.

Ananda trained for many years as a jazz guitarist, and has found inspiration in other guitar masters from rock, folk and world music. Lindsay grew up with pop and R&B music, and studied the influencers of her childhood idols — the soul and blues singers of the mid-20th century. The pair brings together the best of all these genres to create a sound that is authentically and uniquely their own.

When they're not touring, recording, or rehearsing for BrightSide Blue, Ananda tours with the Polish Ambassador band and teaches music. Lindsay is a voice coach and facilitates women's singing circles.

BrightSide Blue released their third EP "BETWEEN WORLDS - THE REMIXES" in summer of 2020.