Unbury Our Dead with Song 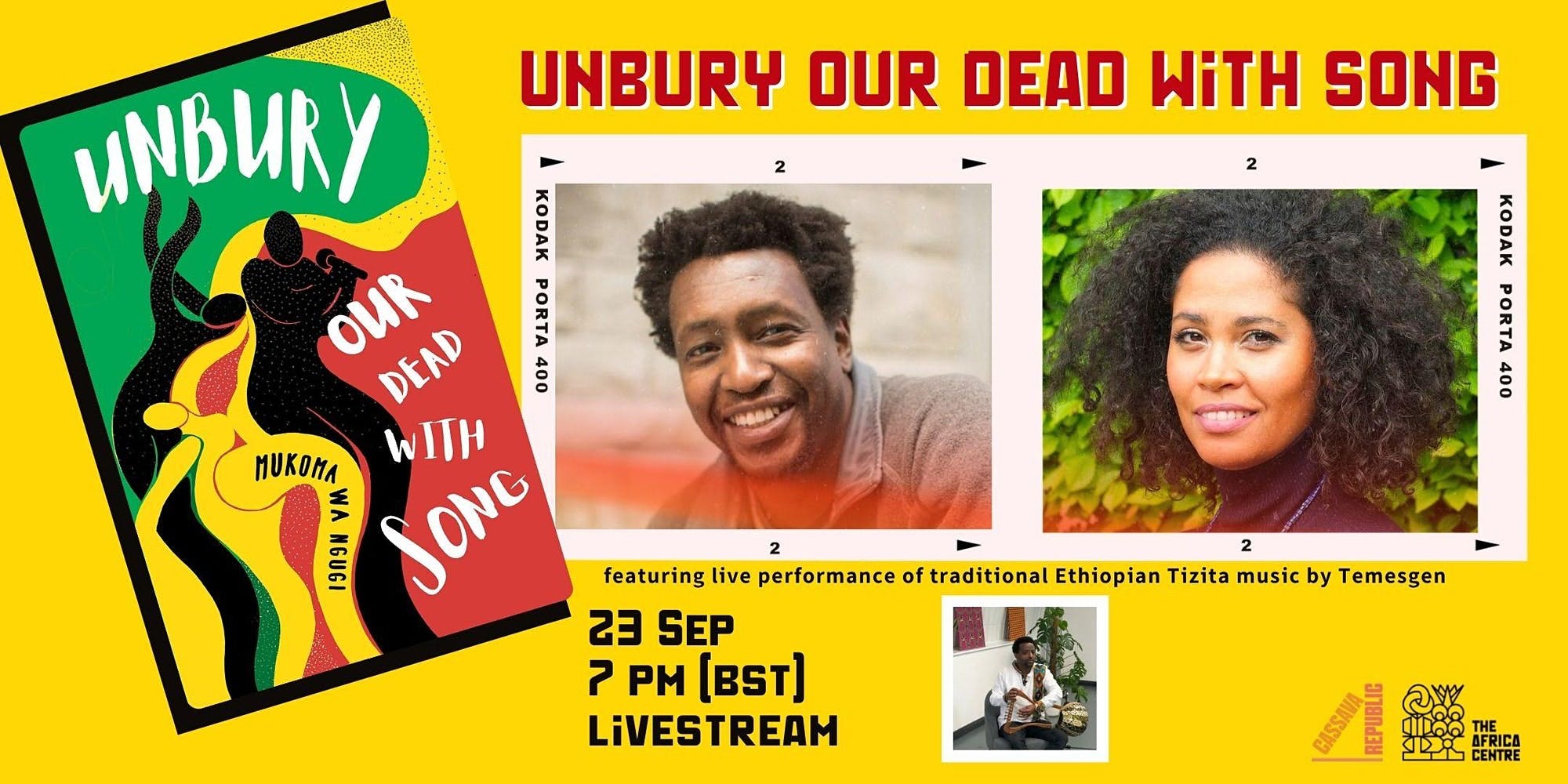 A pre-recorded online conversation to celebrate the launch of a new book by renowned Kenyan writer Mükoma Wa Ngügï.

Unbury our Dead With Song is a novel about four talented Ethiopian musicians – The Diva, The Corporal, the Taliban Man and Miriam, who are competing to see who can sing the best Tizita (popularly referred to as Ethiopian blues). Taking place in an illegal boxing hall in Nairobi, Kenya, the competition is covered by a US-educated Kenyan journalist, John Thandi Manfredi, who writes for a popular tabloid, The National Inquisitor. He follows the musicians back to Ethiopia in order to learn more about the Tizita and their lives. As he learns more about the Tizita and the multiple meanings of beauty, he uncovers that behind each of the musicians, there are layered lives and secrets. Ultimately, the novel is a love letter to African music, beauty and imagination.

Mükoma Wa Ngügï is an Associate Professor of Literatures in English at Cornell University and the author of The Rise of the African Novel: Politics of Language, Identity and Ownership, the novels Mrs. Shaw, Black Star Nairobi, Nairobi Heat, and two books of poetry, Logotherapy and Hurling Words at Consciousness. In 2013, New African magazine named him one of the 100 most Influential Africans. He is the son of world-renowned African writer Ngũgĩ wa Thiong’o. He is also looking forward to seeing you virtually at his Harvard Bookstore event, where he will be in conversation with Peace Adzo Medie, author of His Only Wife.

This event is brought to you in partnership with Cassava Republic and it is hosted by Desta Haile.

British-Eritrean writer, educator, and vocalist Desta Haile is the Deputy Director of the Royal African Society. Desta won To Speak Europe in Different Languages in 2020, a hybrid writing competition developed by Asmara-Addis Literary Festival, Babel Festival of Literature and Translation, and Specimen Press, supported by the European Cultural Foundation. Desta then received Afritondo Short Story Prize 2021 for her piece Ethio-Cubano. She’d love to see you at Africa Writes 2021 and/or her next gig.

The event will also feature a live performance of the Tizita by Ethiopian artist, Temesgen Zeleke. Temesgen Zeleke was born in Addis Ababa. As a teenager he wanted to be a musician against the wishes of his mother, who several times broke his instrument to stop him pursuing his dream. He went on to perform in the National Theatre of Ethiopia as a musician and composer and studied at the music school of Mulatu Astatke, in whose band he sometimes performs. Moving to the UK, Temesgen founded his own group Krar Collective, which has performed in 4 continents and is named after the ancient 5-string Ethiopian lyre used in the classic renditions of Tizita song. He has also appeared on stage in London and New York in the play The Emperor as well as in the Circus Abyssinia dance show.

Unbury Our Dead with Song