Rick Phillips – The Symphonies of Beethoven – the Universe in Music 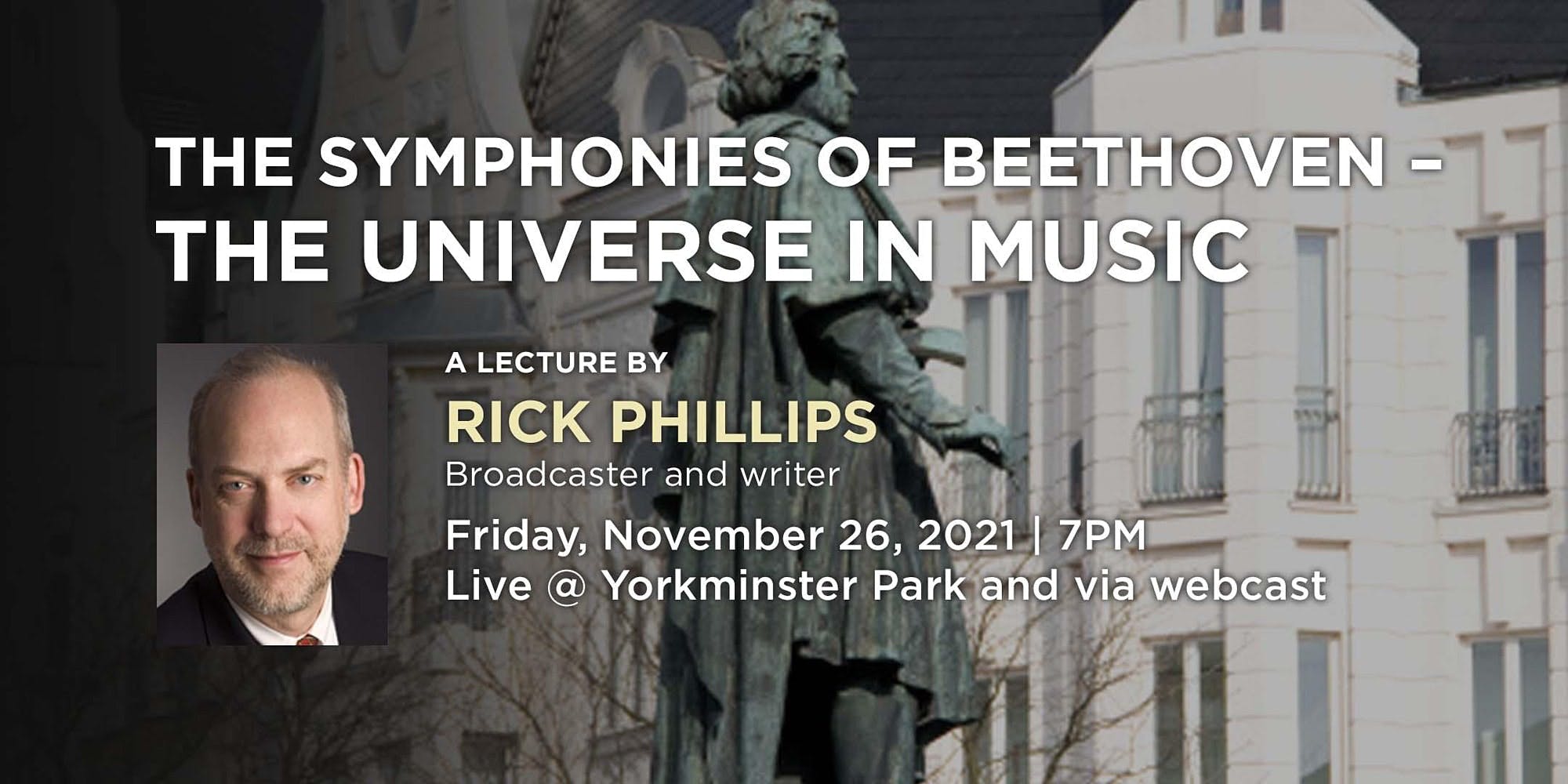 Rick Phillips
The Symphonies of Beethoven – the Universe in Music

The plays of William Shakespeare, the sculpture of Michelangelo, the poetry of Pablo Neruda. These are all considered pinnacles of human artistic achievement, and the nine symphonies by Ludwig van Beethoven (1770-1827) are included among them. They are the most famous and frequently-performed and recorded symphonies ever composed. But why are they still popular and what makes them so great? In this lecture with music examples, classical music writer and broadcaster Rick Phillips will uncover the reasons behind the undying legacy of the nine Beethoven symphonies, and what they can express and communicate to us today, in our busy, hectic lives, two hundred years later.

Bio: Rick Phillips is a busy broadcaster, podcaster, freelance writer and reviewer, panel moderator, lecturer, consultant, concert host and music tour guide. He presents a variety of Music History & Appreciation courses at such venues as the University of Toronto, York University, the Royal Conservatory of Music and George Brown College. Often a juror in the classical music categories for the Juno Awards, he is the author of The Essential Classical Recordings – 101 CDs, published by McClelland & Stewart. From 1994 to 2008, Rick was the Host and Producer of SOUND ADVICE, the weekly guide to classical music and recordings, heard across Canada on both CBC Radio One and Radio Two every weekend. Affiliated with the CBC for 30 years, working in Montreal, Edmonton, Calgary and Toronto, his career spanned production to management to on-air. He holds a B. Mus. from McGill University and a M. Mus. from the University of Toronto. www.soundadvice1.com and soundadvice@sympatico.ca.