It Sings Therefore We Are: Philosophy and Music in Conversation 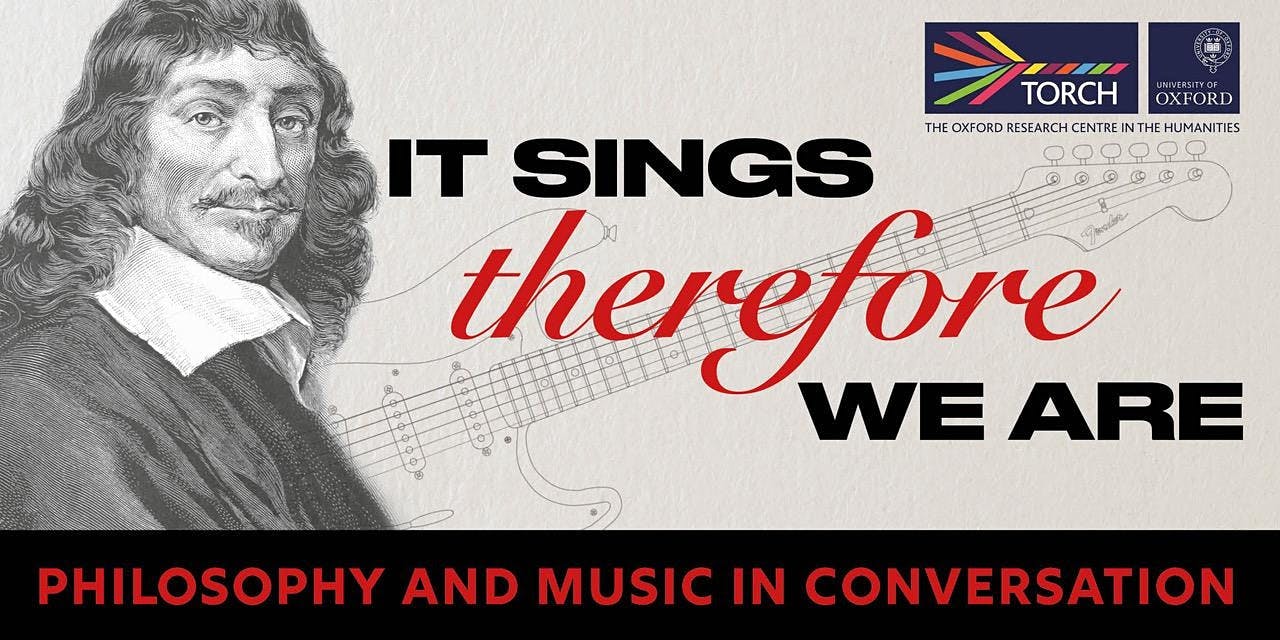 Music and the search for philosophical wisdom have a long association – from the medieval canticles of Hildegard von Bingen and Schubert and Mahler’s settings of the poetry of Goethe and Nietzsche, to the songs of artists such as Leonard Cohen, Nina Simone, Paul Simon, Laurie Anderson, and Talking Heads and classic concept albums such as Tommy, The Dark Side of the Moon, and Tales from Topographic Oceans.At this online event, Oxford Philosophy professor Paul Lodge will explore how their sense of philosophy have resonated with his guests during their time working in the music industry, the ways in which the interplay between the two has shaped their own lives, and the potential they see for exciting synergies between them in the future.

Sylvie Simmons is an award-winning writer and author. A leading music journalist since 1977, when she left her native London for California, she is one of very few women included among the rock writer elite, and the subject of the documentary The Rock Chick. She has published a number of books ranging from cult fiction (Too Weird For Ziggy) to best-selling biographies. She was Serge Gainsbourg’s first British biographer. And she was the authorised biographer of Leonard Cohen – I’m Your Man: The Life of Leonard Cohen, published in 30 languages. Her unorthodox Cohen book tour took her across the world with a ukulele, singing Cohen’s songs at her readings. Sylvie is also a singer-songwriter and recording artist. Her most recent book was Debbie Harry: Face It (2019); her latest album is Blue on Blue (2020). She’s currently working on a second short story and poetry collection. For more information: www.sylviesimmons.com

David Fricke is a music journalist and broadcaster. He was a staff writer and editor at Rolling Stone for 30 years and is a frequent contribute to MOJO, Jazz Times and other publications. He is a Grammy-nominated writer of album liner notes and a four-time winner of the ASCAP-Deems Taylor Award for excellence in music journalism. He hosts The Writer’s Block on Sirius XM Radio.

Gideon Coe is a radio DJ, presenter, sportscaster, voiceover artist, and journalist. His career began in 1976 as a presenter on the legendary children’s BBC TV series Why Don’t You? More recently, he has hosted shows on BBC Radio 5 Live and BBC Radio 4 and received the Sony Award for radio broadcasting in 1995, 1999, and 2003. Since 2002, he has been a mainstay at BBC Radio-6 and for the last 13 years has occupied the coveted 9pm-midnight slot on Mondays to Thursdays where he specialises in featuring varied sessions and gigs recorded for the archives of BBC Radio.

Grzegorz Kwiatkowski is a Polish poet and musician. He is author of several books of poetry revolving around the subjects of history, remembrance and ethics and a member of the critically acclaimed psychedelic rock band Trupa Trupa. He has been a beneficiary of numerous international literary programs including “Artist in Residence” in Vienna and “Styria Artist in Residence” in Graz. He co-hosts the workshop “Virus of Hate” at the University of Oxford and has been a guest lecturer at many other Universities, including, UC Berkeley, Johns Hopkins and the University of Chicago. Grzegorz’ music and literary works have been published and reviewed by The Guardian, Modern Poetry in Translation, Pitchfork, Rolling Stone, Newsweek, Billboard, The Times, NPR and the BBC. Trupa Trupa’s songs are regularly broadcast on radio programmes hosted by Iggy Pop and Henry Rollins, and the band also appeared in one of the legendary NPR Tiny Desk sessions.

Paul Lodge is Professor of Philosophy at the University of Oxford and a Fellow of Mansfield College, Oxford. He is also a singer-songwriter and a recipient of a Theatre Seed Fund grant from TORCH for his project Cantat Ergo Sumus in collaboration with Oxford band Flights of Helios (https://flightsofhelios.co.uk). The aim of the project is to increase interest in philosophy through the performance and recording of songs based on the work of famous philosophers. For more on Paul’s music: www.paullodge.com/music

Eventbrite processes data (including any personal data you may submit by responding to this invitation) outside of the European Economic Area. Please only submit any personal data which you are happy to have processed in this way, and in accordance with Eventbrite’s privacy policy applicable to attendees (available here: https://www.eventbrite.co.uk/support/articles/en_US/Troubleshooting/eventbrite-privacy-policy?lg=en_GB). If you prefer not to use Eventbrite for responding to this invitation, you may respond directly to torch@humanities.ox.ac.uk

It Sings Therefore We Are: Philosophy and Music in Conversation