Art in Practice: The Intersection of Poetry and Visual Art 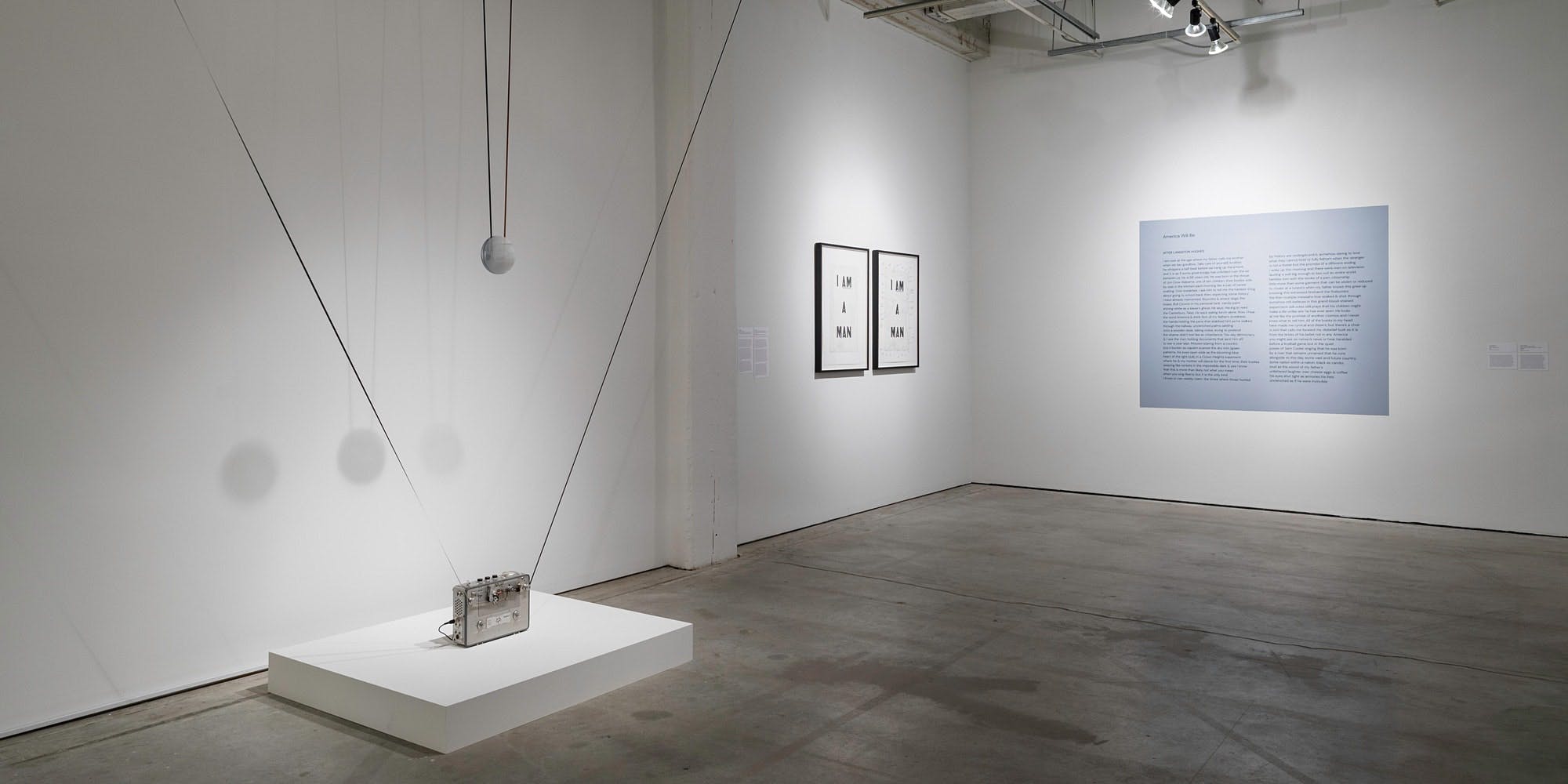 Joshua Bennett and Cameron Shaw discuss the collaboration of poets and artists and the intersections between their chosen mediums.

With Joshua Bennett and Cameron Shaw

RSVP: This event is virtual only. RSVP for Zoom details.

Art in Practice: The Intersection of Poetry and Visual Art investigates and highlights the influence and collaboration of poets and artists and the intersections between their chosen mediums.

Joshua Bennett is a poet and writer whose practice addresses the Black experience in America today. His most recent book “Owed” is fundamentally about reparations and explores how repair can and should extend past what one thinks of in terms of monetary exchange or redistribution of resources. Bennett’s practice of making poems is both an inheritance as well as an intervention into the historical record. His focus is on the people and stories that are not spotlit, those who have thrived, as he says, on the underside of modernity. His poem “America Will Be,” After Langston Hughes, currently on view at Bemis in All Together, Amongst Many: Reflections on Empathy, is both an immediate response to the temperature of the past several years while also calling up the civil rights movement of Bennett’s father’s generation. Both Langston Hughes, in “Let America Be America Again”, and Bennett speak of a future that holds hope for equity and empathy, a future that is “unfinished, imperfect, and yet alive.”

Cameron Shaw was appointed Executive Director of the California African American Museum (CAAM) in February 2021, after serving as Deputy Director and Chief Curator since September 2019. Highlights of her leadership include garnering major support for CAAM, such as grants from the Mellon Foundation and Getty Foundation; the recruitment of key staff with distinguished expertise in Black art, history, and culture; the successful pivot to virtual of CAAM’s public programs, necessitated by the COVID-19 pandemic; and the subsequent reopening of the Museum. She also curated the exhibition Nikita Gale: PRIVATE DANCER and is co-curating the forthcoming World Without End: The George Washington Carver Project. A native of Los Angeles, Shaw previously served as executive director of New Orleans-based Pelican Bomb, a nonprofit contemporary art organization. She lectures on topics including values-based institution building, collaboration, translating theory to practice, and creative publishing strategies. In addition to her institutional practice, Shaw is an award-winning writer and editor whose work has appeared in numerous national outlets, books, and exhibition catalogues.

Art in Practice: The Intersection of Poetry and Visual Art is a three-part series. Join us on August 10 for a presentation by Jenni Quilter, Executive Director of the Expository Writing Program and the Assistant Vice Dean for General Education at NYU, and on August 24 for a conversation with artist Jeffrey Gibson and poet Layli Long Soldier.

Image: Installation view of All Together, Amongst Many: Reflections on Empathy, 2021, Bemis Center for Contemporary Arts, Omaha, NE; Photo: Colin Conces.

Support for Art in Practice: The Intersection of Poetry and Visual Art is provided, in part, by Art Bridges and by Humanities Nebraska and the Nebraska Cultural Endowment.