Stand Up comedy with Helen Bauer and Andrew White, live from the Bill Murray Comedy Club!

2019’s Best Newcomer nominee and your favourite self-aware stand-up returns with an hour about self-confidence, self-esteem and self-care. It’s the year of “the self” and Helen is trying to be the change she wants you to see.

As seen on Live at The Apollo and star of ITV2, BBC Three, ITV2, Comedy Central and BBC Radio 4.

Andrew White (But not in a gay way) WIP

‘Definitely one to watch’ – Joe Lycett

‘White’s comedy act is not to be missed’ – Daily Record

HOW DO STREAMING TICKETS WORK?

The easiest way to watch our live streams is to become a member or buy this show only straight from the website – you’ll be prompted to create a free account and the show will be added straight to your library.

Otherwise, you can buy a ticket through Eventbrite here, and we’ll send you a redemption code and link ahead of the show. With this link, you will be prompted to validate your code and create a free account and the show will be added straight to your library. 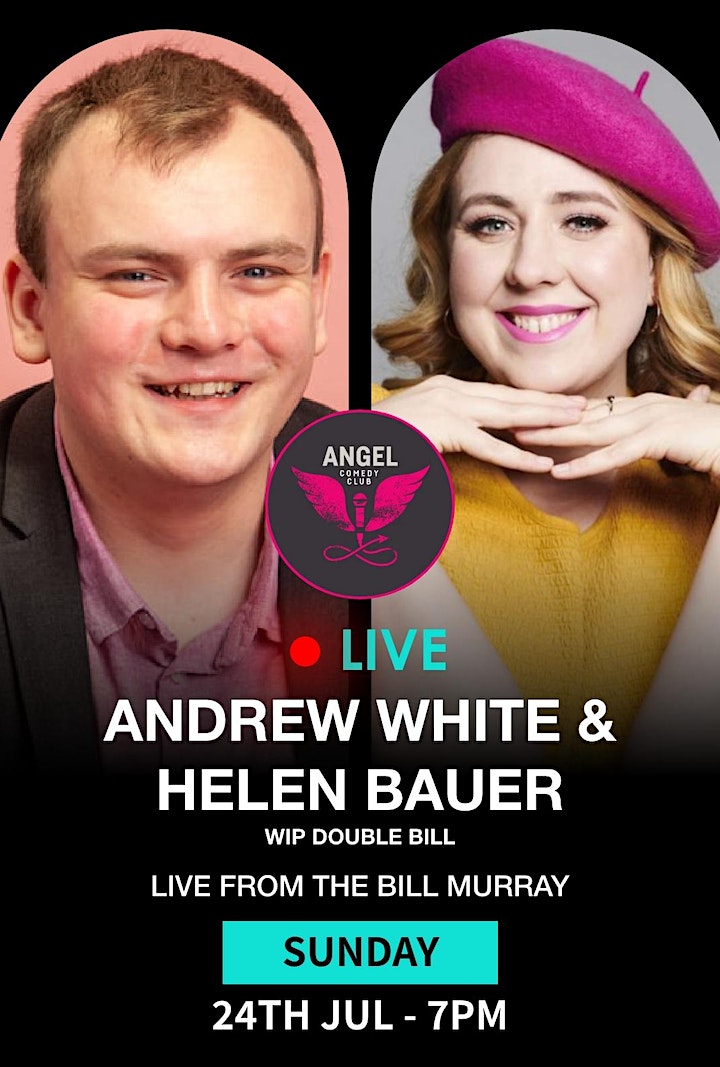