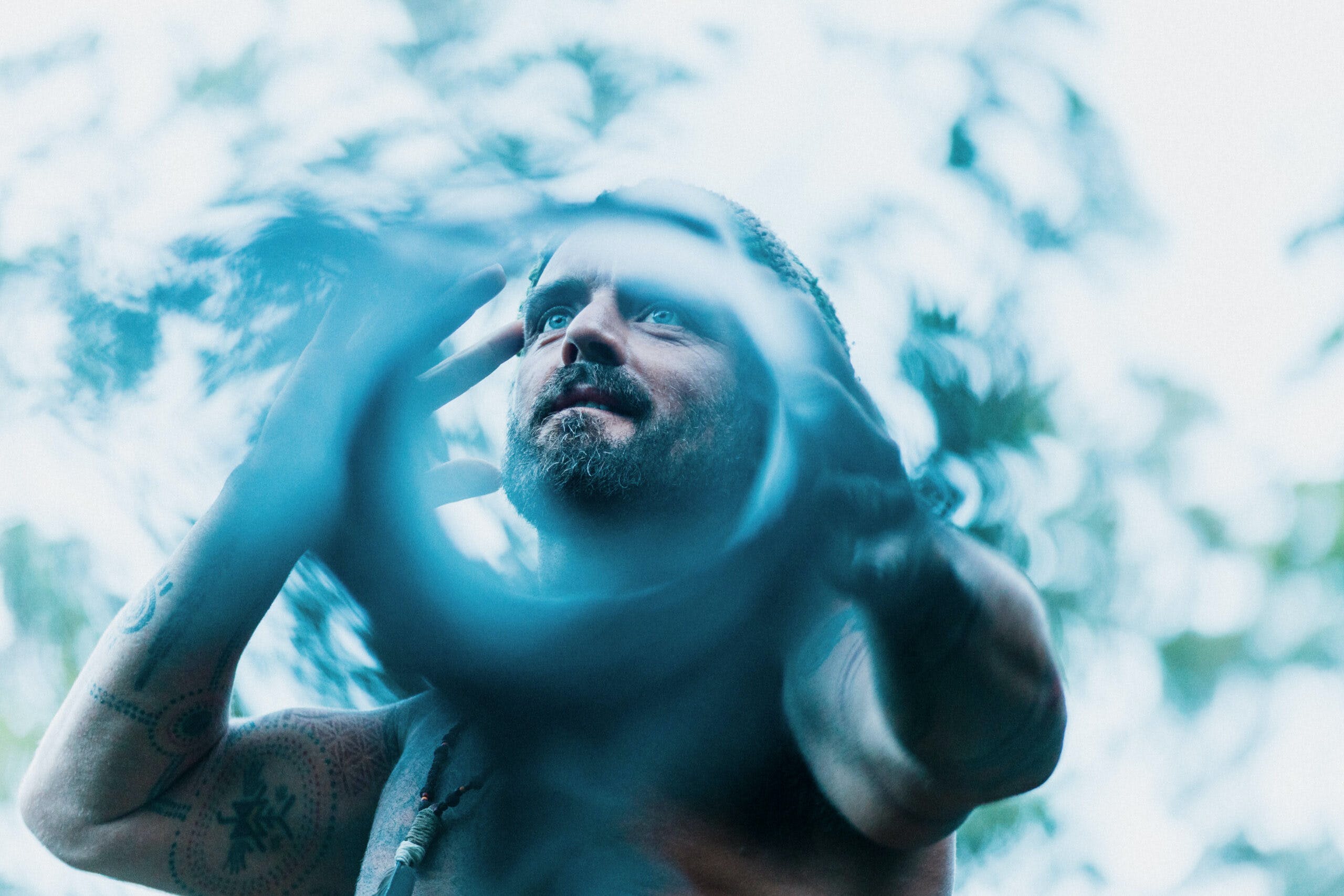 The wind blows strong though Xavier Rudd’s tenth album. It’s a recurring image that speaks of wide-open space and the awesome natural elements that shape it: a force far greater than us, but ours to harness if we take the time to learn, reflect and respect its ways.

“It hit me last year when I started to write Stoney Creek,” the Australian roots journeyman says of the album’s first, exhilarating single: a rolling acoustic balm of a song that finds refuge in the simple blessings of rest, companionship and belonging in a world gone crazy.

“We were on a trip north to the Cape and the wind was blowing too hard to take the tinnie out to the island… As I contemplated everything in my life and what was happening in the world there was literally a strong southeaster blowing, all the time. It felt like a wind of change, literally, in so many ways.”

The wide-open space he’d found himself in — the great COVID silence — was both beyond his control and curiously in-sync. “I’d planned to take a year off anyway, the first time in 20 years I hadn’t done an overseas circuit,” he says. “I had a chance to reset and change a few things around, to reassess where I was at, musically and practically. I’ve been able to experiment with some new ideas and new sounds…”

The break accelerated a return to the solo mode of creation that first led the barefoot multi-instrumentalist on his phenomenal journey. From his birthplace on the blustery southeast coast of Australia to Europe, Japan, the US, Canada and South America, you can measure it today in audiences in their tens of thousands, and in hundreds of millions of song streams, not least his timeless, windswept keynote, Follow The Sun (2012).

Acoustic guitar in hand, engulfed by his progressively more complex and elaborate scaffold of didgeridoos and percussion, Xavier Rudd cut an utterly unique and compelling figure as the world warmed to his first indie albums of the early 2000s, Live In Canada, To Let and Solace.

“When I first got successful I was surprised, because I thought what I was doing was more like art,” he says. I was experimenting with didges and gaffa-taping them to chairs and I always had this real love for wood and the tones of wood, so it was all very earthy.”

Those instinctive beginnings eventually yielded the more crafted and purposeful likes of Spirit Bird, Nanna (with his nine-piece band the United Nations), Storm Boyand seven more live albums — though nobody could ever count those early bootlegs swapped by fans from Argentina to the Czech Republic, serving to double his audience on each return.

Today, Xavier’s relentless upward arc is among the most astounding success stories of our time. Countless more celebrated acts have come and gone like fireworks as his campfire steadily grows: a beacon to the kind of music fan that seeks sustenance in a fast-food world.

“I value the simple things in life,” he shrugs. “I value community, culture, our connection to the earth as human beings. I don’t care too much for the other stuff. I think the roots of who we are, and what our ancestral lines are and how those stories have shaped us are the most important things. And I guess I always celebrate those things in my music.”

As a child, at one with the sea and sand, inventing songs for his own enjoyment, Xavier set the tone for a life where creation was its own reward, and a gift not taken lightly. “I’ve always felt like I’ve had this old woman spirit with me that that is prevalent in my music, and I’m a vessel for that old woman to speak,” he explains, not for the first time as others try to understand his innate connection to his craft.

“I don’t need to understand who that is or what that is, I just need to be a clean, strong vessel for that to come through, and be humble about it; to realise it’s something that resonates within me and I just need to hold space for it, not let my ego get in the way.”

The spiritual conviction was there long before Xavier discovered the unsettled legacy of his paternal great grandmother, who would disappear from public records after being taken from her Wiradjuri homelands to Melbourne. “There’s stuff we’ll never know,” he says. But awareness of his ancestry, in all its myriad threads, clearly informs not just the earthy tools but the profoundly inclusive message of his music.

“The thing is, in Australia, a lot of us come from tough stories, no matter where we’re from,” he says. “The convict stuff is easy to find because it was documented but Indigenous history isn’t. But I feel sorry for everyone in this country. No matter what our bloodline is, everyone’s been denied culture.”

“I feel like with this record, I’ve been able to be really creative and I’m excited about what I’m making just because I’ve had time,” Xavier says. “I’ve had the chance to do it all myself, which I haven’t done since Spirit Bird in terms of instrumentation and stuff, so I’ve been getting a bit trippy with an analog synthesizer…”

There’s the sound of nature in its purest form, too, in the birdsong that continues to weave its spell through Stoney Creek and elsewhere. “I use birds a lot,” he says. “Often they won’t sound like birds. I use a lot of natural sounds, from everywhere. It’s sometimes hard to determine what they are, but the record is full of them.

“I’ve been here long enough to realise that for some people, what I’m saying in my music really resonates,” he says. “You know, all of our ancestors around the planet have come from some form of struggle and we carry that, all of us, years on. We’ve all got stuff to heal. And I think music is the greatest medicine on the planet.”