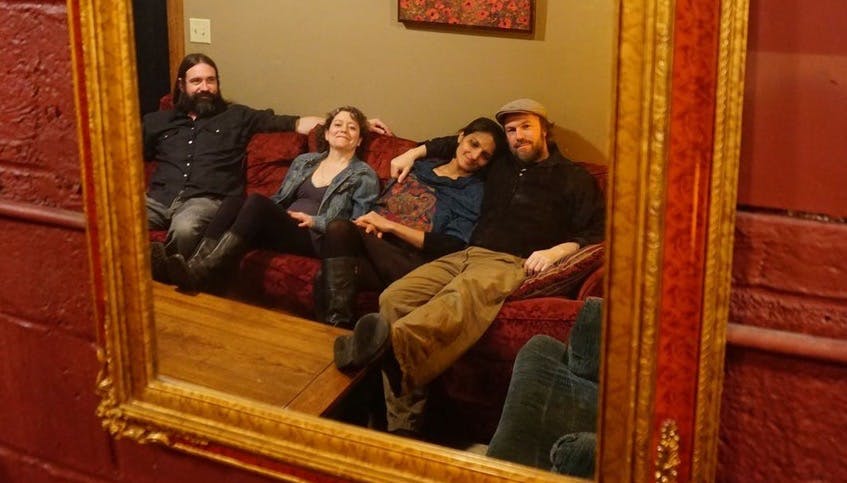 Bright Hills (recorded at Higher Ground Studio in Birmingham, AL, released in early summer 2018), has flavors of mountain folk, 70’s folk-rock and barroom twang, and reached the top ten on the NACC Folk Album chart in 2018. Their moniker The Appalucians belies the band’s playful relationship with words, pairing their often mountain-esque sound with the root word “lucia” (latin for “light.”) The Appalucians’ repetoire, comprised mainly of songs penned by Ohio-born Angie Heimann (guitar, vocals, banjo,) and Alabama native Jay Brown (guitar, vocals, harmonica) explores themes both dark and light, connecting to the peaks and valleys of the human experience.