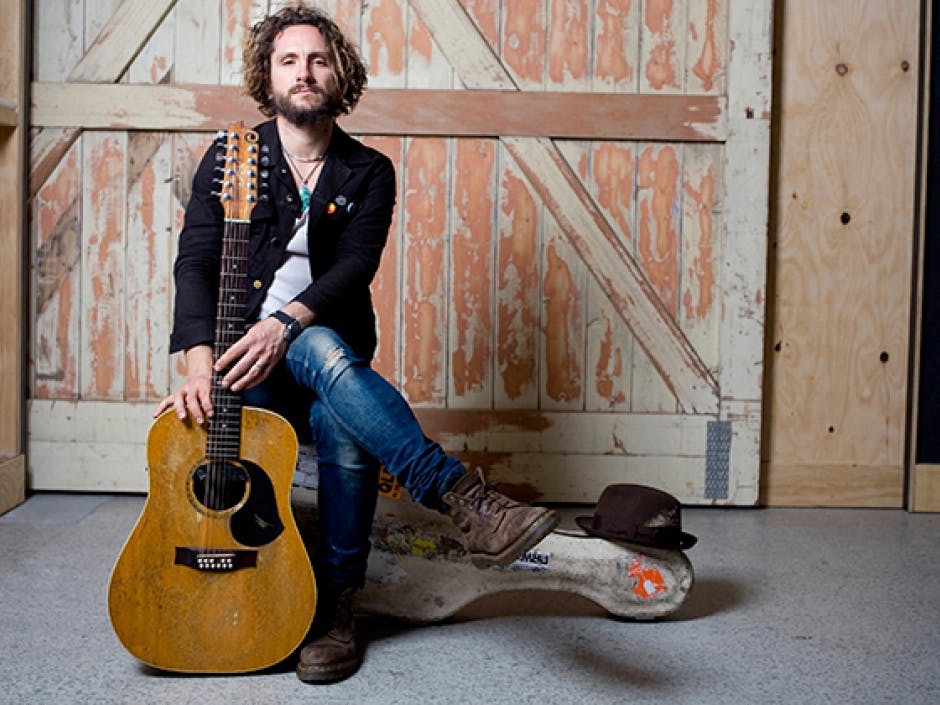 The John Butler Trio is an eclectic roots/jam band from Australia led by guitarist and vocalist John Butler. They have independently released five studio albums, the last three of which debuted at #1 in Australia, and have had eight Top 40 singles. Having developed a great reputation as a live act, the band have also released three live albums. Apart from their little-known debut album, all of their releases have been on Jarrah Records, co-owned by Butler and The Waifs.

John Butler was born on April 1, 1975 in Torrance, California, to an Australian father and American mother. He moved to the small Western Australian town of Pinjarra in January 1986, when he was eleven. Butler began playing guitar at the age of sixteen, and by 1996 started his career as a busker in Fremantle, Western Australia. The John Butler Trio was formed in 1998 when Butler was joined by Gavin Shoesmith on bass and Jason McGann on drums, and by the end of that year had recorded their debut album John Butler.

They then released Three in 2001, Sunrise Over Sea in 2004 and Grand National in 2007, all of which were certified platinum.

In June 2009, a new line up of the ever evolving John Butler Trio emerged. Prominent Melbourne musician Nicky Bomba of Bomba fame and principal drummer on Sunrise Over Sea joined the band on drums and percussion, as did bass player Byron Luiters from Sydney outfit Ray Mann Three.

The latest album April Uprising came from a journey John Butler undertook for the ‘Who Do You Think You Are’ TV series. He traces the Butler name through generations of hardship to a matriarch who sang for her survival, and follows his Bulgarian ancestry to a forebear caught up in a violent revolt called the April Uprising. The recording process for the new album was shared with avid followers via a special studio sessions page on the band’s website.

John Butler comments on the forthcoming new album that “the whole rehearsal and recording process so far has been a lot of fun and very gratifying. I feel the sounds and general spirit and energy of this album are best summed up in the words — free, melodic, funky, phat, and rocking. There’s definitely a certain attitude that comes across on the album. Perhaps there’s a conviction, in a songwriting and production sense, that I haven’t tapped into so much on earlier works that seems to be more prevalent on April Uprising. There’s chemistry and language that Nicky, Byron and I have found that really compliments these songs in all their different facets."